GENERATIONS: FROM MASTERS TO EMERGING CONTEMPORARY 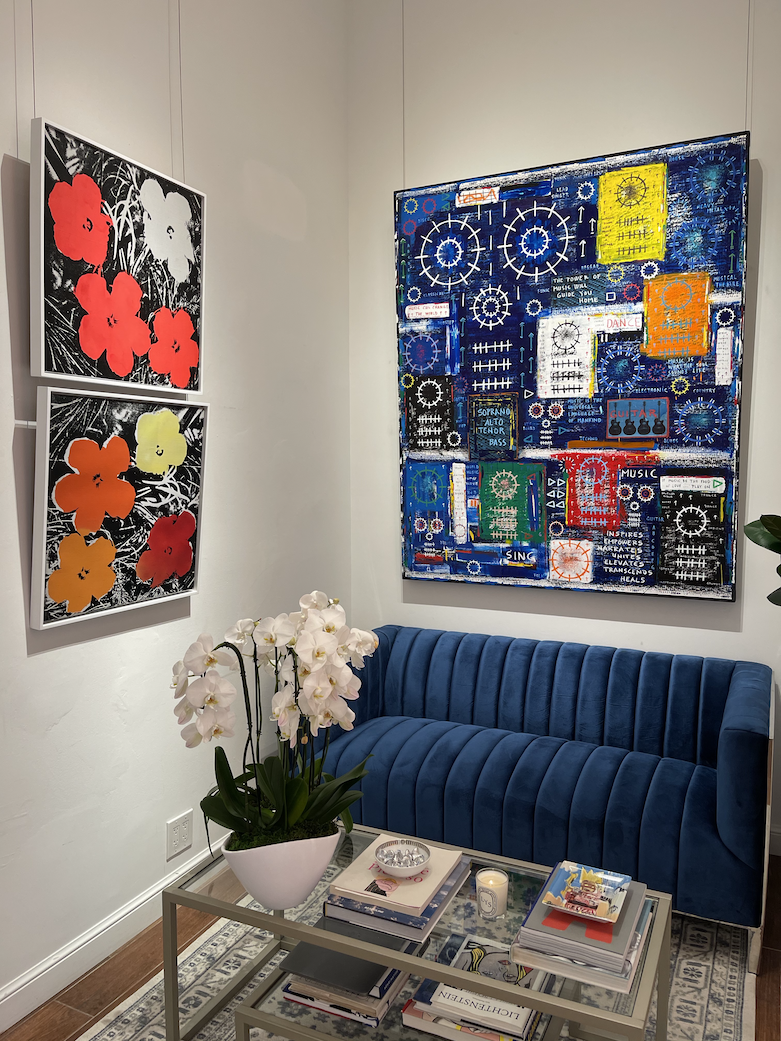 At our flagship location at the Esplanade on Worth Avenue, Palm Beach, AKTION ART proudly presents "GENERATIONS", an artistic exhibit featuring the works of American artist Kevin HEES and Los Angeles based artist ThankYouX, alongside selected Master Works by Jean- Michel Basquiat and Andy Warhol.

Friends, legends, and collaborators, Jean-Michel Basquiat and Andy Warhol are amongst the most famous pairs in the history of Modern art. A superstar at the time of his emergence, Andy Warhol was a figure in art who's success, notoriety, and fame up-comer Jean-Michel Basquiat sought to emanate. As did Warhol with his mega-presence in the Pop Art scene, Basquiat's own iconic and unique style would remain decades after his premature death to influence his own generation of contemporaries.

Enter Los Angeles street artist ThankYouX. A well-known staple of the LA celebrity scene for almost 2 decades, ThankYouX began his career as a graffiti artist in the mid-2000s who used stencils and spray paint to create portraits of the great Andy Warhol on every building he could access. His namesake came from his signage of these portraits, in homage to Warhol, a simple "Thank you, X". Warhol's vibrant colors, and Pop Art style can be clearly seen in ThankYouX's whimsical works and ideas; however, his application of these themes in his own technique results in a final product that is interestingly, more De Kooning-esque than Warhol. Swirling

colors, whites, baby pinks, ocean blues and greens pulsate across the canvas with an incredible sense of movement, intention, and deliberateness. ThankYouX's paintings, some stretching over 9, or even 12 feet in length, truly encapsulate what it means as an artist to be free. Free to move, free to play, free to create, and free to explore. It is indeed that freedom of expression that attracted many to the works of Andy Warhol, as it does now to ThankYouX.

There is much to say about Kevin HEES and Jean-Michel Basquiat. Their deconstructed styles, raw canvas, use of pastels, literature, poetry, symbolism, spirituality, and splattering of paint make up just a few parallels drawn between. In "GENERATIONS", Apex, a formative work from HEES' "AKT" series is displayed alongside Jean-Michel Basquiat's Four Big, a towering triptych filled with the artist's signature iconography from 1982. The truth is that one painting is indeed directly inspired by the other. A frequent visitor to the home of AKTION ART founder Nick Hissom, Kevin HEES first came across Basquiat's Four Big during the first COVID lockdown. Inspired by its' colors, form, size, subject, and scale, HEES enthusiastically began work in his Palm Springs studio, having been exposed to such fabulous museum-quality art. The resulting work was Apex followed by a formative series that came to embody HEES.

In "GENERATIONS", AKTION ART is proud to showcase the continuous decades of artistic history and inspiration, from one generation of artists to the next. From the founding Father of Pop Art, Warhol, to the neo-expressionist master Jean-Michel Basquiat, and now to two contemporary artist hoping to follow in their footsteps, inspired by each of their previous masters, respectively. Both Warhol and Basquiat could never have predicted the enormity of their influence far after each of their deaths. AKTION ART is proud to continue their story, and proud to highlight these Generations of Artistic Inspiration, from Masters to Emerging Contemporary.